Are they contaminating the air we breathe?

Solvents are a diverse class of chemicals that are used to dissolve or disperse other substances. Learn what you can do.

Where are solvents used? 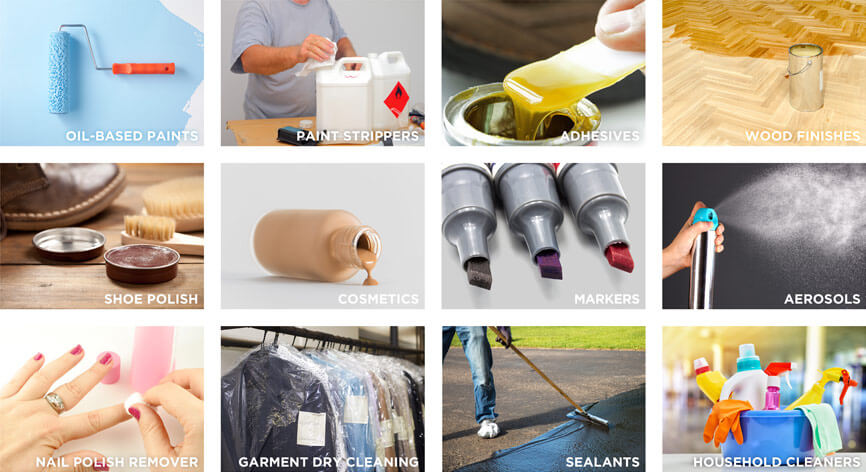 Solvents evaporate from products and become mixed with the air we breathe. We can also absorb them through our skin. Some solvents, particularly perchloroethylene and trichloroethylene, are common groundwater contaminants that can end up in drinking water. People who work with gasoline, paints, finishes, and dry-cleaning products are at the greatest risk of problematic solvent exposure. For more information about how you can avoid contact with chemicals of concern, visit our exposure page.

What are the concerns?

Some solvents are often:

MOBILE: Travel far and are distributed around the world. Some solvents evaporate quickly and can spread throughout the atmosphere. Others remain in underground soils and water for long periods of time, creating contaminated plumes near the sites of spills or improper disposal.

TOXIC: Harmful to humans and ecosystems. If inhaled or absorbed through the skin, solvents can cause breathing problems or rashes, and may lead to temporary nervous system symptoms, such as headaches, dizziness, numbness, and confusion. Long-term occupational exposure to some solvents increases cancer risk and is associated with organ failure. Exposure to high levels of methylene chloride, a solvent used in paint strippers can lead to asphyxiation or death. However, even lower-level exposure to some solvents may lead to permanent health issues. Some solvents, such as perchloroethylene, are associated with neurological harm in infants and toddlers.

Some solvents react in the atmosphere in sunlight, producing ground-level ozone. Ground-level ozone is a major component of smog and harms human, animal, and plant health. 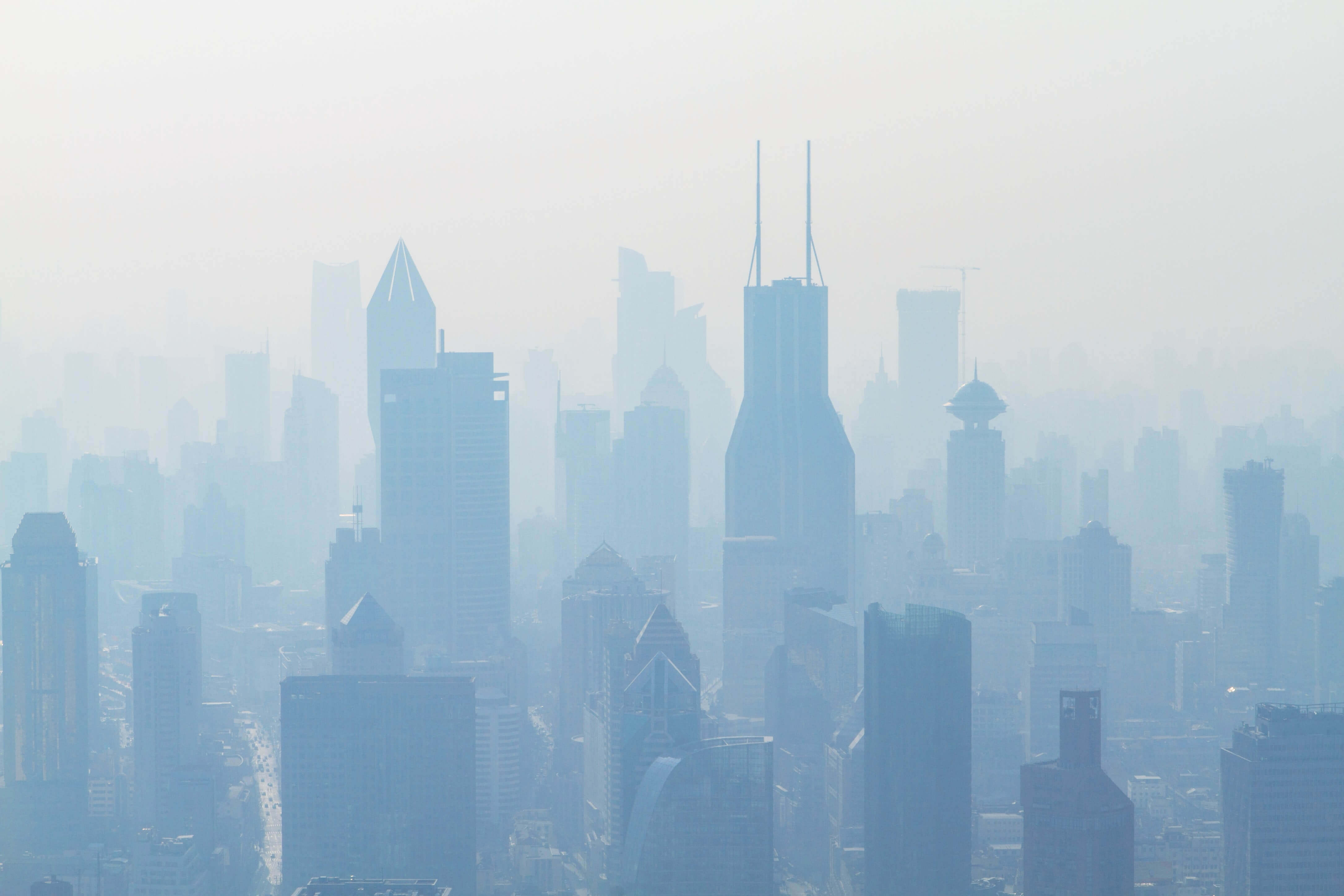 Solvent use contributes to ozone pollution.

When should solvents be used?

Many solvents are no longer essential to achieve desirable properties in consumer products and should be avoided. Water-based products and other safer alternatives exist for many uses. For example, water-, soy-, and milk-based paints can be used instead of oil-based paints and professional “wet cleaning” can be done instead of conventional dry cleaning.

What is being done?

As part of a 2016 overhaul of the main U.S. chemical safety law, the Toxic Substances Control Act, the EPA chose seven solvents (TCE, Perc, methylene chloride, carbon tetrachloride, N-methylpyrrolidone, 1-bromopropane, and 1,4-dioxane) for risk evaluation. In 2017, the EPA proposed banning TCE in aerosol degreasers, spot cleaners, and vapor degreasing, as well as most uses of N-methylpyrrolidone in paint and coating removal products. However, the EPA has abandoned finalization of these bans.

In 2019, the EPA finalized a rule that bans methylene chloride in paint strippers for consumer uses but still allows workplace use.

What can you do?

Watch our short introductory video on Some Solvents. Learn about safer products on our consumer resources. Discover how to limit toxic chemicals in your life on our exposure page.