Flame retardant producers have long supported new international requirements for the use of high levels of flame retardants in the outer casings of computers, TVs, and other electronics. Our Institute’s efforts led to the rejection of such “candle standard” proposals in 2008, 2012, 2013, and 2014, and prevented the unnecessary use of hundreds of millions of pounds of toxic flame retardants worldwide each year.

Why are there flame retardants in electronics?

Flammability standards for electronics were developed in the 1970s in an attempt to limit the risk of a small open flame igniting plastic materials. High levels of flame retardant chemicals--as much as 25% of the weight of the plastic--are used to meet these standards.

Flame retardants continually migrate out of electronics cases and into indoor dust which is ingested by people and pets. Some of these chemicals are associated with lowered IQ in children, cancer, hormone disruption, and other serious health problems. Adding flame retardants to plastic enclosures also makes the reuse or recycling of electronics--which is necessary for a circular economy--more difficult or impossible. Learn more about common flame retardants and their harm on our flame retardants page.

How is our Institute making electronics healthier?

Organohalogen petition to the CPSC

After years of coordinated effort, the Green Science Policy Institute and our partners submitted the organohalogen petition to the Consumer Product Safety Commission (CPSC). In September of 2017, the CPSC made a landmark decision to ban electronics casings as well as furniture, children’s products, and mattresses that contain any member of the chemical class of organohalogen flame retardants.

This rulemaking will take many years to complete, so the CPSC issued a guidance document warning the public of the hazards of these flame retardants and requesting that manufacturers “eliminate the use of such chemicals in these products.”

In the EU, the European Commission voted unanimously to ban organohalogen flame retardants in the enclosures and stands of electronic displays, effective March 2021.

The International Electrotechnical Commission sets worldwide standards for electronics to protect against ignition. Our Institute acts as a watchdog to prevent manipulation of the standards by flame retardant producers seeking to increase their markets. 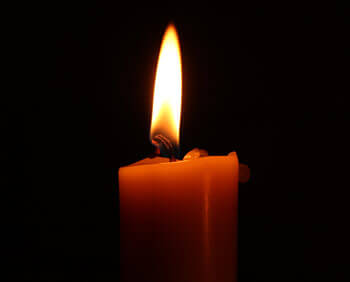 Flame retardant producers pushed for many years for a “candle standard” that would protect electronics from ignition from a very small open flame. This standard would have led to the use of hundreds of millions of pounds of unneeded flame retardant chemicals each year in electronics casings. The National Fire Protection Association and others have shown that such a candle standard would not provide a fire safety benefit.

Numerous proposed candle standards have been rejected due to their lack of fire safety benefit and the potential for serious health harm from flame retardants. Current rigorous standards governing the safe functioning of electronic equipment are sufficient.

We have reviewed the fire data cited in support of [the proposed amendment] and do not find a valid fire-safety rationale for this standard…While the fire risk is very low, the health risk, especially for fire fighters, is very high.