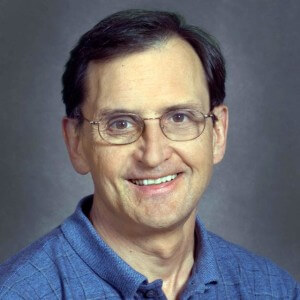 Fun fact. Combustion scientist, Donald Lucas, started his career doing research at temperatures near absolute zero (−430°F) before working in combustion, where temperatures can exceed 4,500°F. As he says, you can get “burned” by both the very cold and the very hot.

Dr. Lucas received a Ph.D. in physical chemistry from UC Berkeley, and is a retired scientist in the Environmental Energy Technologies Division of the Lawrence Berkeley National Laboratory. His principal areas of research are combustion generated air pollutants, experimental chemical kinetics, and combustion chemistry. I’ll resist the urge to call him “The Boy Who Played with Fire.”

We all know that every second counts when it comes to escaping a house fire. You might also know that most fire deaths and injuries result from smoke inhalation, not burns. But did you know that certain flame retardants can make gases and smoke more deadly and make escape from fires more difficult?
As Dr. Lucas says in his statement supporting the Big Idea petition to the CPSC:

“In the case of fires, organohalogen flame retardants used in plastic, foam, fabrics, and other products in residences can lead to the formation of increased amounts of toxic combustion byproducts [and] as currently used… do not provide fire safety benefits that justify their use.”

These chemicals, as they are used in electronics, furniture, children’s products, and insulation, do not make these products “flameproof.” Flaming combustion and smoldering combustion can still happen. So, their questionable use becomes even more questionable when you realize the chemicals can have serious consequences during a fire and long after it’s been put out. 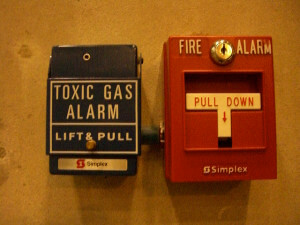 The house is on fire. Could it get any worse?

Actually, yes. When materials treated with organohalogen flame retardants burn, greater amounts of toxic and irritant gases can be produced:

Dr. Lucas explains, the chlorine and bromine in these flame retardants can prevent complete oxidation of hydrocarbons resulting in more smoke and soot.

“These combustion byproducts may be directly toxic or cause such irritation that they impair vision and breathing, ultimately resulting in incapacitation. In addition to the combustion products of immediate concern for survival in a fire, other harmful by-products…can cause chronic health effects.” 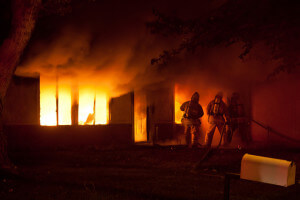 The fire is out, but the harm persists.

When materials treated with organohalogen flame retardants burn, there is “incomplete combustion” and harmful by-products can form:

The EPA “is concerned about particles that are 10 micrometers in diameter or smaller because those are the particles that generally pass through the throat and nose and enter the lungs. Once inhaled, these particles can affect the heart and lungs and cause serious health effects.”

To put this in perspective, an average human hair has a diameter of 100 microns; a smoke particle is about 1 micron.

Based on this knowledge and his extensive research on fire toxicity, Dr. Lucas supports regulations that prevent the use of organohalogen flame retardants in the four categories of consumer products covered in this petition.

This article is the third installment of our blog series, “Scientist Spotlight: The Scientists Behind our Consumer Products Petition.”