Bacteria get an image makeover

In the 1963 animated film The Sword in the Stone, two wizards face off in a climactic duel, transforming themselves into an increasingly fearsome series of creatures in a magical arms race. In the end, the clever Merlin defeats his rival, the Mad Madam Mim, with an unexpected tactic. Mim’s mighty dragon is no match for Merlin’s lowly microscopic germ. This victory helps the film recast the legend of King Arthur as a story about the end of medieval superstition and the dawn of scientific enlightenment.

Indeed, few advances in human knowledge have improved our general well-being more than the advent of germ theory, the discovery that most disease is caused by invading organisms too small to see. Improved hygiene, clean drinking water, and antibiotics have helped double the human lifespan, all by defending our bodies against the bacteria that permeate the world around us.

But in the last few years, there has been a dawning awareness that perhaps we have gone too far. We have launched a war on germs, and as often happens with wars, we are reaping at least three major unintended consequences:

1. We are killing the good along with the bad

We fight germs inside the body with antibiotics, and we fight germs on external surfaces with antimicrobials. In both cases, the chemicals used often have “broad spectrum” effects, meaning they target a wide variety of bacterial species, not just disease-causing ones.

However, the human body hosts more bacterial cells than it contains cells of its own, and the vast majority of these are not out to make us sick. Research like the Human Microbiome Project is helping us understand the importance of the complex ecosystem living inside us all. New medical techniques treat diseases by intentionally introducing “good” bacteria into the gut, and the rise of probiotics shows that this knowledge is beginning to reach the general public. Nevertheless, most people still hear “bacteria” as a dirty word, and continue to fight microbes indiscriminately.

2. We are making bacteria harder to kill

When a bacterial population is exposed to an antibiotic or antimicrobial, natural selection will promote the growth of those germs that have developed resistance. A recent report by the World Health Organization found “very high” rates of resistant bacteria in all 114 countries analyzed, likely caused by overuse of antibiotics in situations where they are not necessary. The report labels the situation a “global health security threat,” and warns of “a post-antibiotic era – in which common infections and minor injuries can kill.” 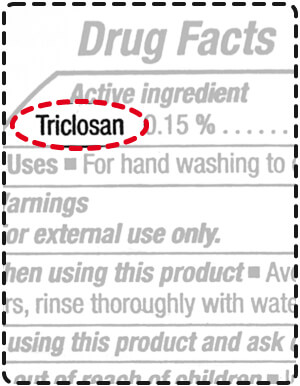 3. The weapons themselves are toxic

One widely used antimicrobial, a chlorinated organic compound called triclosan, is associated with endocrine disruption, allergen sensitivity, impaired muscle function, and possibly breast cancer, and can inhibit biological processes even at levels of exposure from a single shower using antimicrobial soap. Echoing the antibiotic resistance effect, triclosan also appears to paradoxically promote growth of harmful Staph bacteria in the nasal cavity. The FDA and Kaiser Permanente have warned against triclosan use, and just last week, Minnesota became the first state to ban triclosan in consumer products.

Already the industry is looking to alternative chemicals to replace triclosan, and already some scientists are warning of potential health and environmental problems with these replacements. Rather than perpetuating a cycle of regrettable substitutions, we should ask in every case, is antimicrobial treatment really necessary? For most applications, ordinary soaps, alcohols and peroxides provide sufficient protection. Merlin’s enlightenment taught us to be aware of the dangers posed by some members of the microbial world. The time is now for a second enlightenment, as we learn to manage those natural dangers without adding new risks of our own design.