California’s leaders can and should reduce the exposure of its residents and children to toxic flame retardants while camping in nature and playing at home.

Did you know that California’s tent flammability regulations have not been updated since 1975? When you were last wearing bell bottoms (or before you were even born!), California last updated its flammability regulations for tents. And while a lot has changed since then, (though bell bottoms have still not made a full comeback), potentially toxic flame retardant chemicals (FRs) are still applied to almost every camping tent – including children’s play tents and tunnels – sold in North America, based largely on California’s outdated regulations.

The California Furniture Flame Retardant Story All Over Again

Similarly in 1976, California enacted an ineffective flammability standard for furniture and children’s products’ foam which was met by the use of harmful flame retardants in products across the US and Canada. American children have lost an average of five IQ points due to exposure to one flame retardant chemical called pentaBDE used primarily in furniture foam to meet this standard. In the US this led to an estimated $266 billion in annual productivity loss. California updated this standard in 2013, stopping the need for flame retardants in furniture and making all of our homes and our population healthier. The time has come to do the same for tents.

Modern Tents Have a Low Incidence of Fires and Injuries

Back in the 1960s and early 1970s, tents were often made of highly flammable, paraffin-waxed heavyweight cotton canvas. In the middle of the twentieth century, notable tragedies involved large event tents, like a circus tent fire in 1944. But much has changed in the tenting industry since then, and most modern camping tents are now typically manufactured with lightweight synthetic materials with much lower flammability characteristics. Ignitions of modern tents and resulting injuries are now very rare. In fact, in its 2017 report studying the issue, the Consumer Product Safety Commission (CPSC) reviewed its data and identified a very low number of reported incidents of tent ignition resulting in treatment in an emergency room, fewer than nine incidents in a seven-year period. Similar figures were reported in Canada and other industrialized countries. By contrast, the CPSC estimates that approximately 3,300 people a year go to the emergency room for treatment for injuries related to assembly or disassembly of tents, being struck or cut by a tent part like a stake or pole, structural failures of a tent, strain injuries, and tripping in or around a tent. Some might argue that the low incidence rates mean that the FR treatments are effective. However, information gathered from other industrialized counties, including Australia, the EU, and Japan, where camping tents are not treated with FR chemicals, show that the number of reported tent fires with injuries is no different than in the United States and is also extremely rare.

Even Children’s Play Tents are Treated with Flame Retardants

The performance requirements for tents in California have meant that recreational camping tents have effectively been treated with flame retardant chemicals with no safety benefit – but with increased risks of cancer, neurological, and reproductive harm to tens of millions of Californian and American campers and their families. Non-campers who are parents or grandparents may have FR-treated indoor play tents and pop-up tunnels in their homes. Tents labeled as “complies with CPAI-84” almost certainly have been treated with toxic FR chemicals. These chemicals migrate out of tent materials into dust that can be ingested by children and pets.

A 2016 Duke University study took swabs of Duke University students’ hands after a night camping out in typical modern lightweight tents while the students were waiting to get their much-coveted Blue Devil basketball tickets. The results of the published study – titled Characterizing Flame Retardant Applications and Potential Human Exposure in Backpacking Tents and led by Dr. Heather Stapleton – was shared with industry and showed levels of organophosphate flame retardants (OPFRs) in the tent materials and included triphenyl phosphate (TPHP), tris(1,3-dichloro-2-propyl)phosphate (TDCPP) and tris(2-chloroethyl)phosphate (TCEP).

Since that study was released, concerned members of industry who manufacture tents have been engaged in a years-long effort to try to change these outdated requirements to reflect the usage of modern materials in camping tentage. Industry has worked with other stakeholders in voluntary standards development to approve a new industry consensus standard (ASTM F3431), and an updated warning label standard (ASTM F2441). The original standard – CPAI-84 – has also now been updated to a 2021 version reflecting changes in test methods to small tents intended for 10 or fewer occupants. (California still references the 1975 version of CPAI-84, which has been updated in 1976, 1980, 1995, and now 2021.) These new standards do not change performance or safety requirements for large event tents. These new standards do, however, allow manufacturers to largely remove FR chemistries while also providing more modernized, repeatable, and reproducible test requirements for small recreational camping tents and children’s play tents. The FR chemistries are simply not needed because of the low incidence rate of tents fires and the much lower risk associated with largely lightweight synthetic materials with lower flammability characteristics.

It is time that California and its leaders update their requirements to match. The California Fire Marshall’s leadership and its FR Advisory Council have acknowledged that the regulations are outdated but thus far have not updated the requirements from 1975 to today.

To meet their own environmental sustainability goals and to protect their customers, retail workers, and manufacturing workers – all of whom handle treated fabrics with their bare hands every day – leading tent manufacturers and retailers within the Outdoor Industry Association are pushing for change to remove unnecessary and toxic FRs from their tents. However, legislative or regulatory change is needed.

Author: Neal Cohen is a product safety attorney based in Washington, D.C. Formerly a CPSC official, Neal now counsels manufacturers on regulatory compliance and product safety on a wide range of issues, including flame retardants. Neal works with the Outdoor Industry Association and with leading tent manufacturers and retailers on sustainability and safety issues. Neal was born in 1974 and never had the chance to wear bell bottoms in the 1970s! Neal can be contacted at [email protected], his firm’s website www.nealcohenlaw.com and on social at Twitter @NealCohenLaw and LinkedIn. 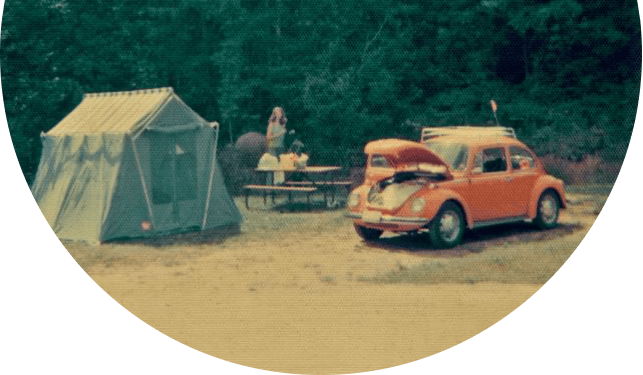