In reading the Executive Summary of the recent EPA DfE alternatives assessment it may appear that there is a safer chemical replacement for the flame retardant hexabromocyclododecane (HBCD), which is being globally phased out. Unlike HBCD, the replacement is a polymer or polymeric, meaning that many smaller pieces are joined together to make a large molecule, and EPA concludes:

“The hazard profile of the butadiene styrene brominated copolymer (CAS RN 1195978-93-8) shows that this chemical is anticipated to be safer than HBCD. Due to its large size, lack of low molecular weight (MW) components, and un-reactive functional groups, human health and ecotoxicity hazard for this copolymer are measured or predicted to be low.” (pg. ii)

But the next sentences are more ominous:

“This alternative is inherently persistent. Its long-term behavior in the environment is not currently known.” (pg. ii) 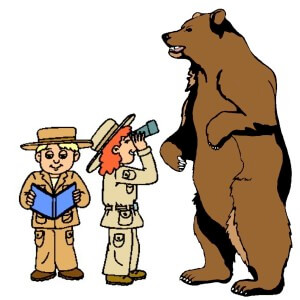 How can the polymer be rated “safer” when its long-term behavior is unknown? This question highlights the fact that the scope of this alternatives assessment is quite narrow- it only evaluates the hazard presented by the flame retardant chemical itself, not considering hazards or risks created by possible breakdown products, or over the life cycle.

While assessing only the hazard of the polymeric flame retardant itself is simpler, in reality the polymer does not just appear in products and then disappear when it’s no longer needed. The polymer has to be made, put into products, the products installed, and then disposed of or recycled at the end of life. There are a number of unknown risks and possible undesirable trade-offs when considering this bigger picture.

Known risk– Worker exposure: The chemicals that are used to make the polymer are associated with serious health concerns.

EPA assigned the repeated doses human health endpoint  a low hazard, but it is noted that:

“This hazard designation would be assigned MODERATE for a potential for lung overloading if >5% of the particles are in the respirable range as a result of dust forming operations.” (pg. 4-101)

“Polymers with an average MW >10,000 have the potential for adverse effects due to lung overloading when respirable particles are present (less than ten microns).” (pg 4-22)

A recent study demonstrated that particles released during thermal cutting of extruded and expanded polystyrene foams were far smaller than the ten micron cutoff, indicating concern for lung overloading and possible higher hazard than assigned by the EPA.

Unknown risk– Human health effects and ecotoxicity- EPA based human health endpoint ratings on limited bioavailability of the polymeric, which was often predicted or assumed, and did not consider toxicity of possible breakdown or metabolic products:

“The butadiene styrene brominated copolymer has Low hazard designations (either measured or estimated) for all human health endpoints due to its high MW [molecular weight] and limited potential for absorption.” (pg iii)

“The polymer is not expected to be bioavailable due to its very large size; long-term breakdown products are unknown.” (pg 5-4)

While physical-chemical properties provide an excellent basis for making model predictions, experience with the flame retardant DecaBDE shows that such predictions should be tested experimentally before being accepted, as they can be quite wrong. Deca was long thought to be ‘inert” in the environment and biological systems for very similar reasons as given above- high molecular weight and limited potential for absorption. Yet, it turned out, Deca could be absorbed and transformed, leading to breakdown or metabolic products that are more toxic.

Furthermore, new research shows that polystyrene, long thought to be inert in the environment, actually does degrade in the ocean, releasing breakdown products that are highly toxic to aquatic life. The polymeric flame retardant contains brominated polystyrene, and it is completely unknown what effects these break down products would have on marine life.

“Under conditions where fire or incineration occurs, a brominated substance may contribute to brominated dioxin and furan formation, and impact fire parameters such as increased smoke and carbon monoxide.” (pg iv)

Such toxic combustion products are a major concern for firefighters.

Unknown risk- Ecotoxicity, human exposures and health effects: The polymeric is persistent; long-term behavior in the environment, identities and toxicities of possible break down products are all unknown. EPA states:

The persistence and halogenated nature of this polymeric are potentially seriously problematic, as both are qualities of various dangerous persistent organic pollutants.

In considering the bigger picture over the product life cycle, it appears that although there may be a slight improvement in the hazard of the flame retardant itself, in many other ways this polymeric is the textbook definition of a regrettable substitution:

Regrettable substitution: An alternative about which we know very little and presume safety, later coming to learn otherwise AND/ OR An alternative that presents different hazards or risks than the original, thus representing trade offs rather than improvements

Is it wise to introduce millions of pounds of a chemical with unknown risks and undesirable properties into the insulation of all our new buildings? Rather than this barely marginal improvement, why not innovate and do something to truly make buildings healthier? Recently enacted California legislation AB127 and the Safer Insulation Solution aim to do exactly that—maintain fire safety while reducing the use of harmful flame retardant chemicals like HBCD in building insulation.