The Obesity Epidemic: What’s To Blame?

Although many factors contribute to the obesity epidemic, one recent discovery stands out: environmental toxics.

Scientists have found that chemicals, known as obesogens, are mimicking hormones that regulate fat storage. This new data suggests that weight gain may be less about personal responsibility, and far more about our toxic exposures.

Over a decade ago, Japanese scientists discovered that low levels of certain compounds stimulate disturbing developmental changes. Their work inspired Dr. Bruce Blumberg from UC Irvine to expose pregnant mice to these compounds in 2006.

“The offspring were born with more fat already stored, more fat cells, and became 5% to 20% fatter by adulthood.” 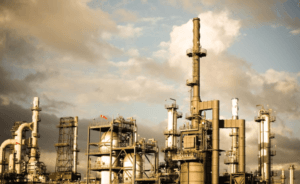 By exposing them to obesogens in utero, Blumberg altered the physiology of the baby mice so that even when they ate and exercised normally, they were fatter. He coined the word obesogen to tag the dozens of chemicals that act on fat metabolism, including many phthalates, BPA, flame retardants, pesticides, and perfluoroalkyl compounds…

Obesogenic chemicals are now “ubiquitous in the food chain” and present in virtually all Americans at varying levels. They are found in:

A 2017 study identified one specific vehicle for obesogen exposure – dust. Dr. Heather Stapleton from the Nicholas School of the Environment at Duke University discovered that more than two-thirds of the chemicals found in dust are obesogens that drive fat cell development, even at levels as low as 15 milligrams per day. Children are estimated to consume around 50 milligrams of dust per day, mostly from hand-to-mouth contact.

This data demonstrates just how pervasive obesogens are in our daily lives. Small amounts of these chemicals can disrupt metabolic development — especially in children. While adult obesity has doubled since 1980, obesity among kids has tripled. By 2006, even infant obesity had risen 73% percent.

One likely contributor to this trend is exposure to environmental toxins. We can reduce the use and presence of these harmful chemicals. Check out our Six Classes videos to learn more about reducing your exposure to toxics, many of which are obesogens.