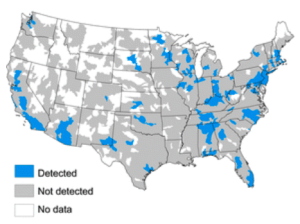 My recent experience of “troubled waters” ranged from Cape Cod, where I vacationed at a beach with great white shark warnings, to the publication of our collaborative paper in Environmental Science & Technology Letters, which finds that the drinking water of 6 million–and likely many more–Americans is contaminated with highly fluorinated chemicals. One of our Six Classes of chemicals of concern, they provide stain and water repellency, and can be used in fire-fighting foam. Exposure to these extremely persistent chemicals is associated with serious health problems.

Our joint study, led by Harvard researchers, found that the sources of this drinking water contamination include fire-fighting foam used at military sites and airports, as well as industrial sites and wastewater treatments plants. During fire-fighting training, large volumes of these toxic chemicals wash into surface and ground waters. One important take away is that the military and others need to reduce the use of such chemicals, especially during practice drills.

We helped coordinate a media campaign, in collaboration with co-authors in academia, government, and nonprofits, and published a press release including three other papers. One links the contaminated drinking water to women’s blood. Other papers discuss a new health study, which finds lasting effects on the immune systems of adolescents who were exposed to highly fluorinated chemicals during early life, and that higher exposure in mothers is associated with shorter duration of breastfeeding as discussed below.

Our monthly scientists calls on highly fluorinated chemicals contributed to bringing together the diverse co-authors and this very successful release. Now a wider audience knows about these “troubled waters.”

Unfortunately, the “regrettable substitutes” for the phased-out long chained chemicals called C8, are often shorter chained versions called C6 that are equally persistent and more difficult to filter out of water. However, some very good news is that Peterson Air Force Base in Colorado Springs is now using water for practice. This should encourage other military bases and airports to use water rather than such chemicals for training, which could contribute to healthier drinking water in nearby communities.

Please check our jobs page if you might like to work with us to reduce toxics and to protect human health and the global environment.

I’m off to Florence, Italy, for DIOXIN 2016, an international symposium on persistent organic pollutants (POPS). The Institute is hosting the pre-symposium: The Science and Policy of Organohalogens. Then I’ll be speaking with EU decision makers in Bratislava and Brussels. I’m looking forward to these opportunities to share the Six Classes concept with scientists and policy makers around the world. 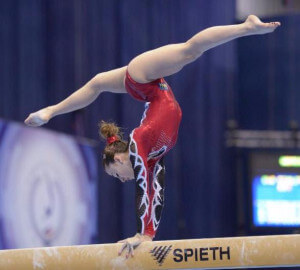 During the Olympics, millions marveled at the skill and daring of gymnasts like Simone Biles. We know that gymnasts expose themselves to physical dangers, but surprisingly they are also highly exposed to harmful flame retardants when they practice. High levels of flame retardants have been measured in the air, dust, and foam in U.S. gyms-and also in the bodies of gymnasts. A recent study found that the flame retardants used in gyms’ pit cubes are also in gymnasts after they practiced. Study author Dr. Courtney Carignan said, “Training in a foam pit is essentially like swimming in flame retardants.” Exposure to these chemicals has been associated with reproductive, neurological, and hormonal impairments, as well as with cancer.

The question is, “Are flame retardants needed, given the potential for health harm?” 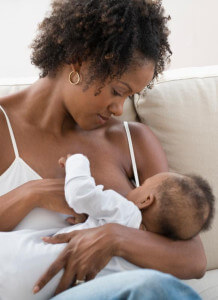 Highly fluorinated chemicals are linked to mothers nursing for a shorter time. While there are many social and behavioral aspects that impact how long a mom decides to nurse her baby, there is increasing evidence that exposure to environmental chemicals also plays a role. A new study by Harvard’s Philippe Grandjean shows that increases in body burdens of PFOA and PFOS, two common highly fluorinated chemicals, are associated with shortening breastfeeding duration by as much as 1.4 months.

Study Participants Wanted: Are Flame Retardants in Your House Dust? 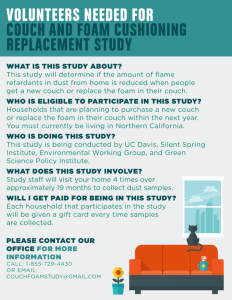 Do you live in Northern California? Are you planning to buy a new couch or swap out your foam cushions for new, flame retardant-free fillings before November 2016? If so, you may be eligible to participate in a study and learn about the flame retardants in your home and in your body.

The study is in collaboration with UC Davis, Silent Spring Institute, and Environmental Working Group, and our question is: Do household levels of flame retardants go down after removing furniture foam that contains flame retardants?

Study participants will also have the opportunity to join a related study conducted by Biomonitoring California to measure the change in flame retardant levels in their blood and urine after they swap out their foam or furniture. This should provide new and important information on how long flame retardants remain in our bodies after the source of exposure is removed. 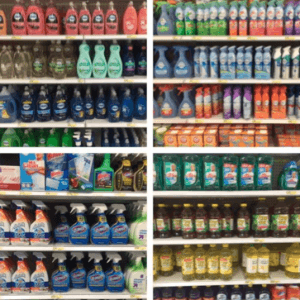 Walmart has announced that it is phasing out eight chemicals from use in all of its products. This is great news as it impacts 90,000 items made by 700 manufacturers. Starting in 2018, if these chemicals are still found in any products on Walmart’s shelves, the packaging must state so. The eight chemicals are triclosan, diethyl phthalate, dibutyl phthalate, formaldehyde, toluene, nonylphenol ethoxylates, butylparaben, and propylparaben.

“We’re working with suppliers to reformulate household cleaning, personal care, baby, pet, beauty and cosmetic products to remove, reduce and restrict the use of these harmful chemicals and replace them with safer alternatives,”Walmart says.

Ikea, Target, Proctor & Gamble, and Johnson & Johnson, among others, are also moving towards safer products. Great news for everyone’s health!