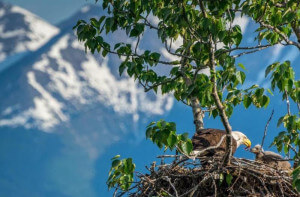 Bald Eagle Parent and Baby in Alaska by Ryan Shea

I am just back from Alaska where I enjoyed both mountain and molecule adventures. After a rare week offline in the backcountry, I presented two keynote talks at “Chemistry Under the Midnight Sun,” an American Chemical Society meeting.

A most moving part of my trip was speaking for Alaska Community Action on Toxics and learning the sad fact that Arctic indigenous people have amongst the highest level of toxics such as flame retardants and PCBs in their bodies–and also have very high rates of birth defects and cancer. Persistent organic pollutants, called POPs, head north and south on air and water currents, ending up in the polar regions. Arctic peoples are heavily exposed to these traveling POPs as well as to chemicals from military bases and consumer products. This tragedy has been documented in the memorable book Silent Snow: The Slow Poisoning of the Arctic.

The adverse impact of toxic chemicals on  human and environmental health, so vivid in the Arctic, has led us to consider applying for a significant new MacArthur Foundation grant. The objective is to define and solve a global problem with ingenuity, tenacity, and resources. Check out the foundation’s inspirational short video. One problem in need of a solution: toxic chemicals are harming our children, our ecosystems, our present and future worldwide.

Read on to learn about the TENDR consensus statement, an alliance across disciplines linking neurological impairments in children to chemical exposures. You can also learn about TSCA reform, which we hope will lead to better regulation for chemicals in the U.S.

We also hope you are enjoying a healthy and fun summer holiday!
Arlene and the Green Science Policy team

Landmark Alliance to Prevent “Brain Drain” in Our Children 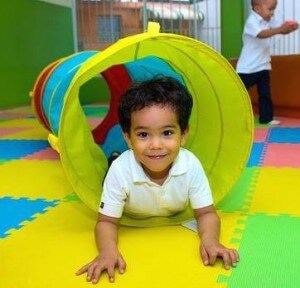 In a consensus statement published July 1 in the journal Environmental Health Perspectives, a unique alliance of scientists, physicians, and advocates call for reducing exposures to chemicals such as flame retardants that can contribute to neurodevelopmental disorders. If followed, their recommendations, part of Project TENDR (Targeting Environmental NeuroDevelopmental Risks), would be an important step towards preventing “Brain Drain” in future generations. In a recent blog post, Institute alum Dr. Veena Singla describes how the flame retardants PBDEs are a textbook example of chemicals that can contribute to learning, behavioral, and intellectual impairment. You can learn about Project TENDR in the New York Times.

The U.S. Environmental Protection Agency (EPA) released a lifetime drinking water health advisory level for the highly fluorinated chemicals PFOA and PFOS in May. Many communities are now finding these chemicals in their drinking water above the advisory level–although the water has likely been contaminated for decades.

Residents of Hoosick Falls, New York learned about PFOA in their water supply in 2014. They’ve been contending with it since then. Now the federal government is getting involved with the U.S. House Committee on Oversight and Government Reform demanding information and NY Senator Gillibrand pushing for Superfund status and Senate hearings. 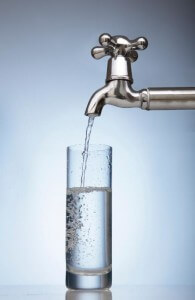 For decades, DuPont produced PFOA in West Virginia and contaminated the local drinking water. Human exposure to PFOA has been linked to testicular and kidney cancers, high cholesterol, ulcerative colitis, thyroid disease, and pregnancy-related hypertension and preeclampsia. On July 6, the company was found liable for a man’s testicular cancer. The jury awarded him $5.1M and an additional half million dollars in punitive damages after they determined that DuPont had acted with malice. 3,500 community members are suing the company for health problems related to PFOA contaminated water.

You can learn more on our website and from Sharon Lerner’s excellent investigative series on the “Teflon Toxin.” 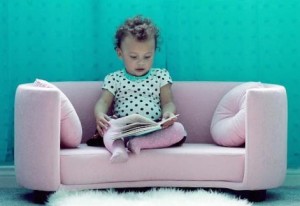 California’s nearly universal use of flame retardants in furniture has impacted children the most, according to a new study by the Environmental Working Group and Duke University. Researchers found that California children and their mothers have higher levels of flame retardant metabolites compared to New Jersey moms and kids. Worse, many of the children in the study had much higher levels of these chemicals compared to their mothers, at a time of growth and vulnerability. For example, a break-down product of chlorinated tris was found in children at levels 15 times higher than in their mothers.

California flammability standards no longer lead to the use of chemical flame retardants in home furnishings, but these chemicals will continue to be in our homes and our children’s bodies for decades–as long as older flame retarded furniture remains in our homes. As national and international flammability standards continue to be debated, the Consumer Product Safety Commission is considering a petition to ban the use of organohalogen flame retardants  in upholstered furniture, children’s products, electronics, and mattresses.

40 Years Later, TSCA Gets an Overhaul

In June, President Obama signed into law the Frank R. Lautenberg Chemical Safety for the 21st Century Act (TSCA reform). The amended law removes some of the roadblocks that the EPA had faced when trying to regulate chemicals. There appear to be significant improvements and also drawbacks in the new law, and only time will tell how effective it will be at reducing the use of toxics. Many NGOs and lawmakers worked long and hard to reform TSCA and we thank them for their diligent work.

Read more about the improvements and concerns around TSCA reform in Sara’s blog post. 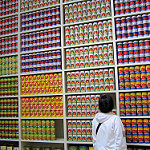 A new study has confirmed that greater consumption of canned foods is associated with higher levels of Bisphenol A, or BPA, in people’s bodies. As little as one serving daily of some canned foods increases BPA in urine, especially in children. BPA is an endocrine disruptor, meaning it can interfere with hormones, and is most concerning during the critical time when a child’s body and brain are developing.

This synthetic chemical has been detected in the bodies of over 90% of the U.S. population. BPA is used in hard, clear plastic containers including food containers, the lining of food and beverage cans, receipts, cling wrap, and more. It can leach from packaging into food. This study confirms the importance of preventing dietary exposure to BPA, which is considered the main source.

What about BPA-free products? Little is known about BPA replacements such as BPS and BPF, and they were not part of this study. But a review of the current literature suggests they may be as potent and hormonally active as BPA. Glass, ceramic, porcelain, and stainless steel are good alternatives to plastic.