Today’s very big news is the release of  the long-awaited U.S. Environmental Protection Agency (EPA) lifetime drinking water Health Advisories for the highly fluorinated chemicals PFOA and PFOS. These harmful chemicals, used to provide stain and water repellancy, can be found in food, in drinking water, and in nearly all of us. Here’s a dramatic CBS news story for which I was interviewed. To learn more about fluorinated chemicals, check out our web page, listen to our Six Classes webinar or my recent KPFA interview on Sticky Issues.

We are just back from our 4th annual Six Classes Toxics Reduction Retreat, an inspirational meeting of scientists, business, NGOs and government leaders. The Retreat featured innovative strategies, and enthusiastic participants with the will to implement new ideas to reduce the use of classes of chemicals of concern. 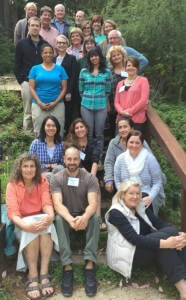 In April, I presented a webinar to 450 members of the American Chemical Society and received a surprising answer to a question I posed: “If a chemical is in your cosmetics, your coat or your couch, who has the authority to make sure it’s safe for human health?” Only one third of those who answered realized that no one had the authority to protect health from toxic chemicals. Most of the participants selected either the FDA, EPA, WHO, or local and state government. This demonstrates the importance of educating chemists and others about the Six Classes, which can help policy makers and purchasers reduce their use and protect human and ecosystem health.

Read on to learn about the unfortunate outcomes today of an inadvertent exposure to a flame retardant in Michigan forty years ago. And that sadly we appear to be repeating such exposures. As Albert Einstein is reputed to have said: The definition of insanity is to do the same thing over and over, expecting a different outcome each time. 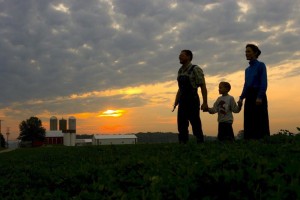 Over forty years ago in Michigan, Velsicol Chemical made a big mistake. By accident, they substituted a toxic flame retardant called polybrominated biphenyl (PBB), or Firemaster for a feed supplement being distributed by the Farm Bureau. The chemical was added to livestock feed, exposing millions of Michigan residents who ate contaminated beef, chicken, pork, milk and eggs. The disaster was made into an award-winning movie called “Bitter Harvest” (1981), and described in Joyce Egginton’s classic bookThe Poisoning of Michigan. This toxic tragedy is told with the suspense of a detective novel.

Long-term health effects continue to impact those who were exposed, as well as their children and grandchildren. A recent study found that 60% of 800 Michigan residents tested have higher PBB levels than 95% of the US population. Adverse health effects include higher rates of breast cancer and miscarriages in women and an increase in adverse genitourinary conditions in sons of the exposed. A registry for ongoing studies and more information can be found here.

This is still a concern today as PBBs are very similar in structure and properties to PBDEs that were used as a flame retardant in furniture and baby product foam for decades and are still found in such products in our homes.

Stain and water repellant chemicals: Is the substitute safer?

As the stain and water repellant PFOA, or C8, was phased out due to its toxicity and persistence, the common replacement was C6, which is equally persistent. 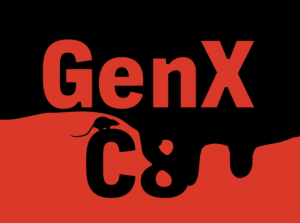 Here are two opposite perspectives about its toxicity:

The above is an example of the problem of regrettable substitutions: “Avoid replacement choices coming from the same group of chemicals” (remember: the definition of insanity is to do the same thing over and over, expecting a different outcome each time). 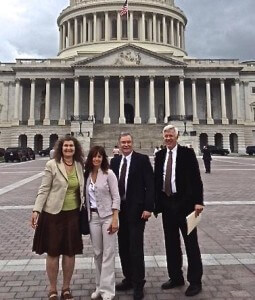 We appreciate our collaboration with IKEA over the past years, and IKEA’s focus on values. Our joint work to educate decision makers about flame retardants and other potentially harmful chemicals in home furniture was recently featured in their global public affairs newsletter.IKEA representatives have visited the U.S. Congress with Arlene seven times in the past three years, and met with the staff of twenty senators and representatives from fifteen states to discuss fire safe and healthy furniture, responsible disposal of furniture containing flame retardants, and reducing the use of the Six Classes of chemicals of concern. 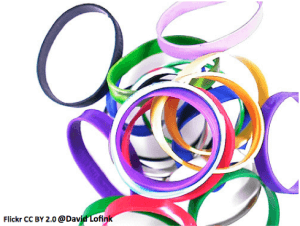 Silicone wristbands are making it more convenient to assess our environmental exposures to chemicals. The wristbands can be worn all day, and the silicone absorbs a range of organic chemicals, including some of the Six Classes. New analytical techniques allow for the detection of thousands of chemicals in the wristbands. Our blog explains. 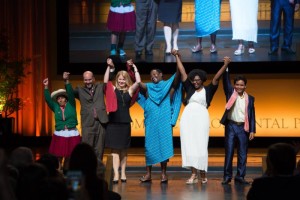 Last month many of our team enjoyed the Goldman Environmental Prize Award Ceremony where environmental leaders from around the world were celebrated.

You can watch excellent short videos about the inspirational prize winners here.