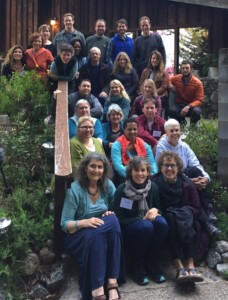 I hope you are enjoying the spring. Here at the Green Science Policy Institute, we are back from our sixth annual Six Classes Toxics Reduction Retreat in the Santa Cruz Mountains. During this inspirational retreat, scientists, businesses, NGO and government leaders developed innovative joint projects to limit the use of highly fluorinated stain and water repellant chemicals (PFAS).

One example is our new research project studying young children’s exposures to PFAS from pre-school carpeting. Can you help us find pre-schools or early childhood education centers in the San Francisco Bay Area and beyond to join our study? If you have children in a pre-school or know school personnel who would be interested in participating, please do let me know and/or contact Alexa Reynoso at [email protected].

PFAS are harmful “forever chemicals” that never break down in the environment. They can migrate from products such as carpets to dust and air from which people-especially infants and toddlers-can be exposed. 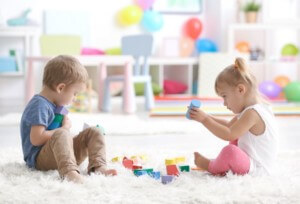 According to the US EPA, “hand-to-mouth transfer from surfaces treated with stain protectors, such as carpets, is thought to be the most significant source of exposure for infants and toddlers.”

We are collecting carpet and rug samples, dust, and air from San Francisco Bay Area pre-schools. After testing for PFAS, we will model children’s exposure. We plan to publish our findings in a peer-reviewed journal and then share our conclusions with pre-schools and parents. Our research should encourage the purchase of carpeting and rugs without PFAS, thereby reducing children’s exposure. It should also motivate companies to manufacture more lines of carpets without PFAS and support our overarching goal of limiting PFAS in consumer products to essential uses.

Thanks in advance for your possible connections to pre-schools.uses.

Other PFAS news this week: New Jersey could limit PFOS in drinking water to 13 ppt and require public water systems and private well owners to keep PFOS in their water below that level. This is much lower- about one-fifth of the previous EPA health advisory level. If this more protective level was adopted nationally, the number of households drinking water considered contaminated would be much higher than previously estimated.

And some very good news: Lowe’s announced that by the end of the year they are globally phasing out the deadly solvents methylene chloride and NMP used as paint strippers. This is a huge victory for public health, with many thanks to the Mind the Store campaign.

And lastly, the Green Science Policy Institute is hiring a Science and Policy Associate. If you might like to work with our high-impact, small nonprofit to reduce toxics and protect global health and environment, please visit our jobs page.

States stepping up to look for PFAS in drinking water 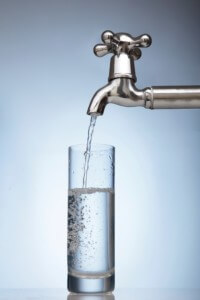 It’s a simple truth about chemical pollution: you won’t know it’s there unless you look for it. Much of what is known about the contamination of U.S. drinking water by highly fluorinated chemicals (PFAS) comes from a very useful EPA drinking water study called the UCMR3 that was carried out between 2013 and 2015. From this study, we began to understand the prevalence and sources of PFAS in U.S. drinking water.

Unfortunately, the EPA is no longer gathering national data on PFAS in drinking water. Because PFAS are not regulated contaminants under the Safe Drinking Water Act, water utilities are not required to monitor for them. The EPA did announce last week that it will begin a process to determine the need for enforceable drinking water regulations for PFOA and PFOS, which would require national monitoring. However, this process could take years, and PFOA and PFOS are only two of thousands of PFAS chemicals.

Fortunately, states are leading the way. Michigan has plans to test for PFAS in all 1,380 of the state’s public water systems. Washington State is gearing up to test hundreds of systems. Similar efforts are underway in Rhode Island, New Jersey, and New Hampshire. Ideally, consumers everywhere could rest assured that their water has been tested for PFAS. For now, hats off to those states that are taking action to learn if their citizens are being exposed to this most persistent class of environmental pollutants.

Does your coffee stirrer need to be flame retarded? 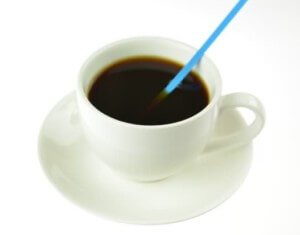 Recycling our old TVs, computers, and other electronics sounds like good thing, right? Electronics manufacturing is resource-intensive, consuming enormous amounts of raw materials, energy, and water, so we should recover as much of that as possible by recycling electronics into new products. But the bad news is that plastic cases around most electronics contain toxic flame retardants, and the overall benefit of recycling flame retarded plastics is questionable.

A recent study from the University of Plymouth in England measured brominated flame retardants in 1000 consumer products. Flame retardant chemicals were found in nearly half, and half of those were at concentrations much lower than would be used to provide flame retardancy. These chemicals most likely came from recycled plastic containing flame retardants. Bromine was found in a worrying 12% of food-contact items, including water bottles, cutlery, thermos cup lids, a coffee stirrer, and also in lunch boxes. Jewelry, Christmas decorations, a child’s puzzle, a picture frame, and clothes hangers made of plastic also contained bromine.

This study is one of many. A recent UK study from Stuart Harrad’s group found that 34% of plastic kitchen utensils tested contained brominated flame retardants. This study also found that the chemicals could move from the contaminated utensils into hot oil (and then perhaps to food) during cooking. These findings demonstrate that until manufacturers redesign our electronics without hazardous flame retardants in the casings, we could continue to find these toxic chemicals where we least expect them.

Chemicals Creeping Out of Your Cabinets? 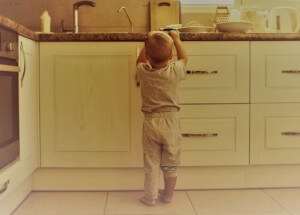 A game-changing study by researchers at the University of Iowa found that finished kitchen cabinetry is likely a major source of airborne polychlorinated biphenyls (PCBs) in residential homes. PCBs were originally manufactured from 1930 to 1977 for use in electrical equipment and the EPA banned them in 1979 due to their adverse health effects, including neurological impairment and cancer. Despite the ban decades ago, PCBs are still with us as inadvertent manufacturing byproducts in building materials like sealants. The Iowa study revealed that these PCBs are making their way from sealants into the surrounding air.

PCB contamination has been a major public health concern in communities across the globe since the 1930s. One of the most contaminated communities in the United States is Anniston, Alabama where, in the 1960s, a Monsanto factory dumped vast quantities of PCBs into open pits, local creeks and ecosystems. As a result, residents of Anniston have experienced a sharp increase in rates of cancer, diabetes, developmental defects, and other illnesses. The recent Iowa study is a good reminder that, even if PCBs are no longer manufactured as their own product, they still may be inadvertently present in consumer products and in our environment.

And sadly, PCBs are very similar in structure and health harm to PBDE flame retardants which may also continue to exert their toxic impacts for decades to come. When will we ever learn?

In the early 2000s, a family couldn’t buy furniture or baby products without also bringing toxic PBDE flame retardants into their home. But in 2005, the US EPA persuaded manufactures to stop selling PBDEs due to their association with cancer, thyroid disruption and adverse neurological health effects.

Two of these chemicals, TCEP and TDCP, are no longer in use in the US, but TCPP is still one of the most common flame retardants found in products and in people around the world.

Recently, the European Chemicals Agency (ECHA) recommended an EU-wide restriction on all three Tris flame retardants (TCPP, TCEP, and TDCP) in foams used in children’s products and upholstered furniture. One reason was their finding that baby mattresses containing these organophosphates posed the highest cancer risk to infants. Although TCPP lacks the health data that is found for TCEP and TDCP, ECHA concluded it was necessary to group these chemicals, citing similarities in their uses, chemical structures, and toxic effects. This is an excellent example of the class concept in action. 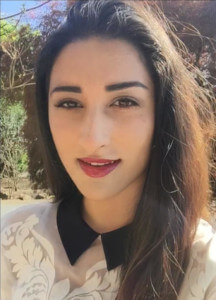 Green Science Policy Institute welcomes Arianne Lakra as our new Administrative Specialist. She will be supporting our team by coordinating meetings, projects, events, and other administrative operations. Arianne graduated last year from Reed College in Oregon, with a degree in Philosophy, and then went on to work as a staff assistant for Senator Jeff Merkley. As someone with a longstanding interest in environmental policy, she is looking forward to using her skills to help promote policies that will lead to a healthier planet. We’re delighted to have her join our team!

And we want to thank our current Administrative Specialist Raphael Tingley for his excellent work and for always being so thoughtful and calm. We wish him the best as he heads off to Indiana University Bloomington to obtain a Master’s Degree in Public Affairs.