Toxic chemicals contaminate drinking water of 6 million in US

Cancer-causing highly fluorinated chemicals are polluting the drinking water of an estimated 6 million – and likely many more – Americans, and the blood of almost everyone. 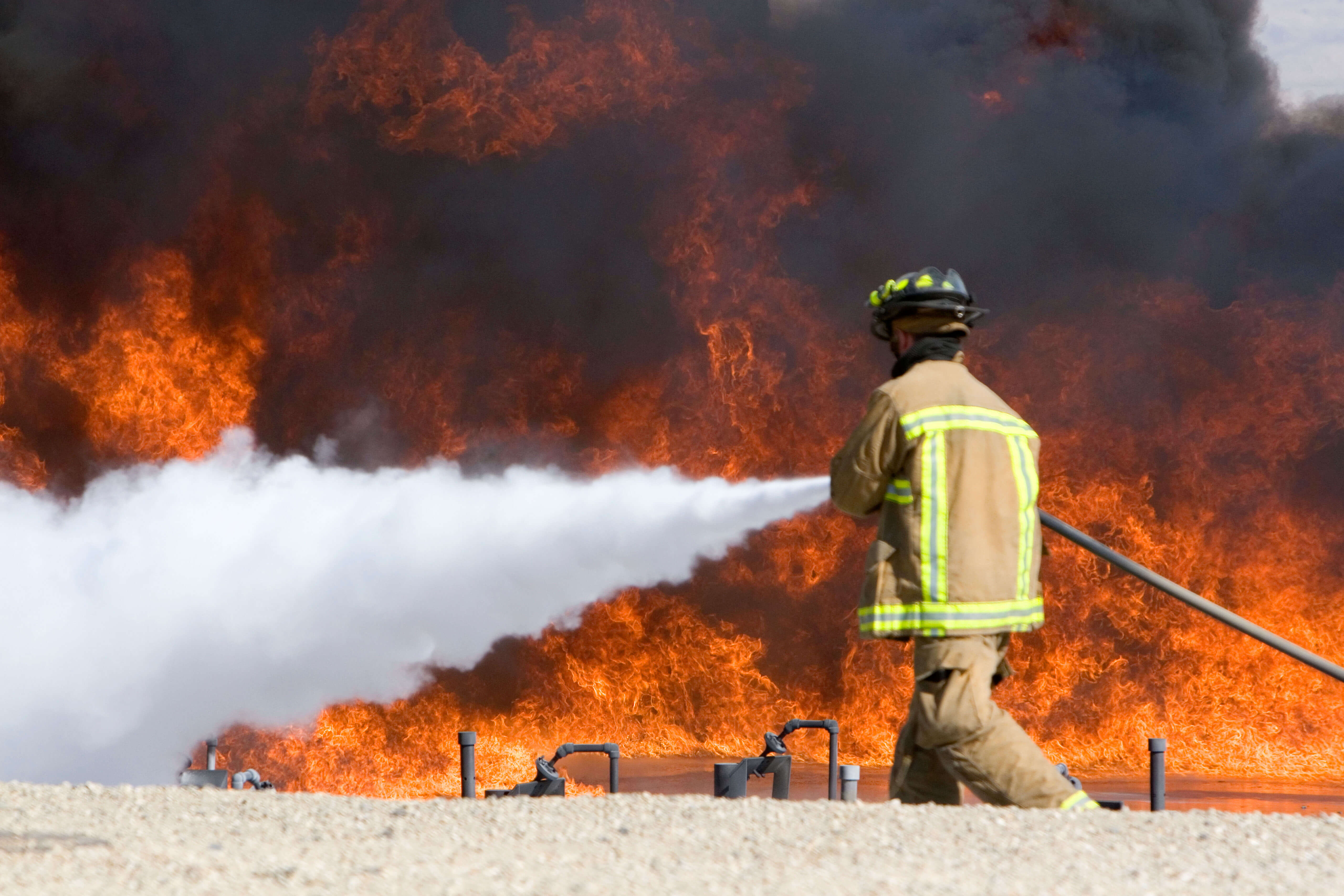 For the first time, researchers have used sophisticated mapping technology to identify military bases, airports, industrial sites, and wastewater treatment plants as the major sources of contamination and to connect the dots from sources to drinking water and then to women’s blood.

A new human health study of the same chemicals found lasting effects on the immune systems of adolescents who were exposed in the womb and during early life. Another recent study associated higher exposure in mothers with shorter duration of breastfeeding.

A new study in today’s Environmental Science & Technology Letters (ES&T Letters), finds that aqueous fire-fighting foams containing highly fluorinated chemicals (AFFFs), used to extinguish fuel fires and during training exercises at military bases and airports, are one of the main sources of these chemicals in drinking water.

“During fire-fighting practice drills, large volumes of these toxic chemicals wash into surface and ground waters and can end up in our drinking water,” said Dr. Arlene Blum, co-author of the study and Executive Director of the Green Science Policy Institute, “Such persistent chemicals should only be used when essential, and never for training.”

A new generation of shorter-chain fluorinated chemicals are replacing older long-chain substances. “Like the older substances, these other fluorinated compounds do not break down in the environment and may be similarly toxic,” said Dr. Elsie Sunderland from Harvard University, senior author of the study. “There are non-fluorinated fire-fighting foams that should be considered for use instead,” notes Blum.

The study was based on levels of contaminants in drinking water measured in EPA’s Third Unregulated Contaminant Monitoring Rule (UCMR3) study. These measurements suggest that at least six million people have drinking water that exceeds the recent EPA health advisory levels for PFOA and PFOS.

Lead author Cindy Hu from Harvard University notes that “Government data for levels of these compounds in drinking water is lacking for almost a third of the U.S. population or about 100 million people.”

A second study, published today in Environmental Health Perspectives by Dr. Philippe Grandjean of the Harvard School of Public Health, also connects early life exposure to perfluorooctanoic acid (PFOA) and perfluorooctanesulfonic acid (PFOS) to reduced immune responses that persist into adolescence. In addition, a study in the same population found that mothers with higher exposures to these substances were capable of breastfeeding their children a shorter time span, perhaps due to adverse effects on hormonal functions.

“The EPA advisory limit for PFOA and PFOS is much too high to protect against toxic effects on the immune system,” according to Dr. Grandjean. “And the available water data only reveals the tip of an iceberg of contaminated drinking water.”

“Our research has documented harm to the human immune system from these substances at levels much below those that were detectable in the UCMR3 data base and even more water supplies are likely to contaminated at these low levels,” Dr. Grandjean continued.

A fourth study, also based on the EPA’s data, found elevated levels of PFOA and PFOS in the blood of women whose water supply was contaminated with the chemicals. PFOA and PFOS levels were 38% and 29% higher in women with detectable levels in their drinking water. The levels of PFOA and PFOS observed in these women are similar to those that have been found to be associated with health problems in other studies.

“Our study shows that toxic and highly persistent fluorochemicals are making their way from drinking water into people’s bodies,” said Dr. Myrto Petreas of the California Department of Toxic Substances Control, an author of the study. “It underscores the importance of reducing the use of these chemicals whenever possible to protect our drinking water and our health.”