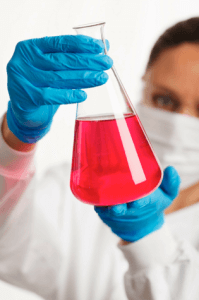 In June, President Obama signed into law the Frank R. Lautenberg Chemical Safety for the 21st Century Act (TSCA reform, hereafter), a revision to the 1976 Toxic Substances Control Act, or TSCA. The amended law removes several roadblocks that the Environmental Protection Agency (EPA) faced when trying to determine the safety of chemicals in household products. There are significant improvements and some drawbacks concerning the revisions, and only time will tell how effective it will be at reducing the use of toxic chemicals in household products.

One major improvement is that the EPA can test chemicals for product safety without the notorious TSCA catch-22, where the EPA was required to demonstrate a scientific reason for concern before testing for that concern.

The fact that the EPA doesn’t restrict many known toxics is shocking, because we trust that chemicals in everyday products have been tested and deemed safe. Before the TSCA reform, there were no requirements for chemicals, like halogenated flame retardants, to be tested for possible adverse health effects prior to being added to products. Even when multiple studies show that a chemical causes reproductive harm, endocrine disruption, or cancer, the EPA may fail to restrict its use.

Will the TSCA reform keep toxic chemicals out of our homes?

For 40 years, TSCA did not provide a meaningful pathway for the EPA to regulate chemicals of concern, including for the most vulnerable people –pregnant women and children. Even when chemicals were known to be harmful, the lengthy process and method of assessment can be ineffectual.

The improvements under the TSCA reform include requirements that chemicals meet certain standards before they are placed into the market. Besides removing the legal catch-22, the EPA must now consider pregnant women and children when determining whether a chemical meets safety requirements. The EPA can collect data and regulate persistent organic pollutants (POPs). The law also eliminates costs as a consideration for restricting a chemical. Companies are now limited in how long a chemical may be kept a trade secret.

These changes are considerable, and appear to close many gaps for protecting us from harmful toxics. However, it is difficult to tell what the outcome will be until some of the priority chemicals have been assessed, and how the EPA enforces TSCA.

What happens in the states if a chemical is highly toxic?

One of the major drawbacks includes the preemptive nature of TSCA (PDF). For example, if the state of California were to determine that a flame retardant poses an unreasonable risk to human health and the environment, while the EPA assessed it at a low risk, the EPA would preempt the state’s ability to restrict that chemical. There is genuine concern that this would roll back some of the best environmental protection laws and restrictions on toxic chemicals enacted in states like California and Massachusetts.

However, TSCA reform has explicitly grandfathered state actions taken before April 22, 2016. For instance, this protects California Proposition 65, which requires that California publish a list of chemicals shown to cause reproductive harm, cancer, or birth defects. While EPA evaluates a backlog of chemicals of concern, the state can apply for a waiver to act to control a chemical.

Some organizations stress that the law doesn’t provide enough protection or control for imported chemicals. Another valid concern is the lack of funding and staff at the EPA for reviewing high priority chemicals in its Work Plan.

Many NGOs and lawmakers put a substantial amount of effort into reforming TSCA, and those efforts should be recognized. The new TSCA provides a better roadmap for the EPA to review and regulate harmful chemicals. However, TSCA itself is a gradual, piecemeal approach to controlling toxics. We need a more comprehensive approach to put a dent in the use of chemicals of concern, and life-cycle approaches to chemicals. The Six Classes method is one example of a broad approach to reduce the use of entire classes of harmful chemicals in household products.